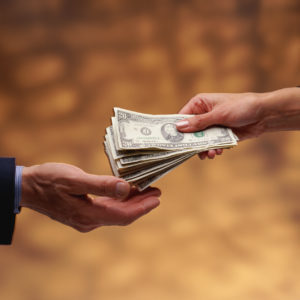 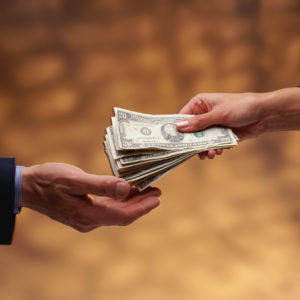 In his first 100 days, President Joe Biden has been busy. Millions have been vaccinated. Many of his predecessor’s policies have been reversed. And he has thrown his support behind raising the federal minimum wage to $15 from $7.25 — even making that a reality for federal contractors in an executive order.

Though this has not yet been confirmed and passed into law, it looks likely that it will be. And against a backdrop of crippling labor shortages and an urgent need for economic recovery, it has raised questions about its potential to help the United States bounce back from the pandemic.

There are clearly political reasons why people on both sides of the Democrat-Republican divide are either supporting or rejecting President Biden’s plans. We should take all arguments with a healthy dose of skepticism for that reason. Besides, as last year made crystal clear, no one can predict the future. But what does the data gathered in the wake of President Biden’s announcement tell us about how job seekers in particular have reacted? And what can we extrapolate from that data?

Since the news of the proposed rise in the federal minimum wage broke, hourly wage expectations on our platform have skyrocketed. The average wage searched for has climbed steeply to $19.43, 30% higher than the proposed new wage. In California, the average wage searched for on-site was $22.41, 15% above the average. In Mississippi, it was $14.74 — 24% below the average, but still considerably higher than the previous federal minimum wage.

This suggests that among job seekers using the platform, the news has provoked a clear shift in mindset. These job seekers are not just unwilling to accept less than the proposed wage, but in most cases are seeking jobs that pay a lot more. If those companies in need of filling job gaps will not pay that much, or cannot afford to do so, then that would seem to suggest that the $15 wage will prove counterproductive to the US economic recovery.

But we cannot be sure of that for a number of reasons, not least the complexity of economics and the fact that, historically, minimum wage increases have not led to significant job losses. If it points to anything, it is that striking a balance between maximizing employment, driving economic recovery, and supporting those hit hardest by the pandemic is extremely difficult. Only time will tell the impact that the president’s proposal will have on the ability of businesses to fill vacancies.

Critics will say that President Biden is incentivizing people to stay at home through his stimulus package — of which the minimum wage rise was originally a part — and pushing up salary expectations by doubling the wage. It is worth bearing in mind that though the $300-a-week unemployment supplement running until September pays more than most minimum-wage jobs, any unemployed American offered a “suitable” job is obliged to take it or risk losing their benefits.

How workable that is remains to be seen, but with vaccine penetration rising and restrictions lifting, there is undoubtedly an increasing need for workers to accommodate rising demand. Labor Department figures show that in March, job vacancies across the United States climbed to 8%, or 8.1 million openings — the highest number of openings since records began in December 2000.