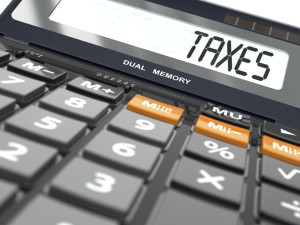 Amid the pandemic, many companies that did not previously have remote workers suddenly did — and some of those employees may be in states where the company did not previously have a physical presence. Additionally, many companies have since decided to allow their workers to remain remote, and many employees have opted to relocate to other regions, further establishing physical presence for those employers. Thus, the pandemic has created a potential tax liability for many staffing firms.

How? It’s called nexus, which occurs when a business has some kind of connection to a state. All states have a different definition of nexus, but most consider a “physical presence” or “economic connection” creates nexus. Physical presence can mean a number of things, including having an office, employee, warehouse, or storing inventory. Economic nexus comes into play when a company has a certain dollar amount in sales or a certain number of transactions in a state.

Prior to the 2018 US Supreme Court decision in South Dakota v. Wayfair Inc., states could only enforce a tax collection on businesses that had a physical presence such as a brick-and-mortar location. As established by Wayfair, though, an economic presence creates sales tax nexus as well.

Now, more than 40 states have expanded nexus to include a sales tax obligation based on a certain level of economic activity within the state, including sales revenue, transaction volume, or a combination of both. Like many sales tax laws, economic nexus criteria vary by state and by the type of tax.

Wayfair has impacted all industries; professional service companies are no exception. A service company will need to understand the taxability of the services and location of the customers to make sure there are no unexpected state tax assessments.

States that impose an economic nexus threshold as a result of the Wayfair case may pass legislation that would lower the sales amounts. Tennessee, for example, lowered its economic threshold from $500,000 to $100,000. Other states may follow.

Due to Covid-19, states are likely to increase audits, change tax rates or bases, or enact entirely new taxes to increase revenues. Businesses need to monitor the sales tax arena and make sure they follow the new regulations when enacted.

Because of the pandemic, a great number of employees are working remotely. In general, an employee working in a state creates nexus for the employer for income, franchise and sales/use tax. Some states have issued guidance providing relief from nexus and taxation related to temporarily working within the state’s borders in connection with the pandemic. If a state has not issued relief, the company may be subject to various taxes due to the remote worker. According to the Tax Advisor, “Sellers of business and professional services are now presented with a significantly altered sales tax world, and failure to monitor nexus and taxability developments can lead to potentially significant sales tax exposure.”

There are states who have issued specific guidance on whether telecommuting employees temporarily working in a state due to the impact of Covid-19 creates sales and use tax nexus for an employer who does not operate in that state.