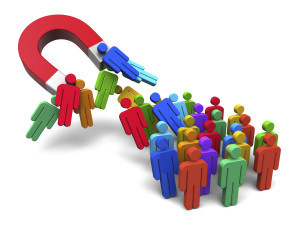 Over the 30 or so years I have worked in the recruitment sector, never before have I witnessed a year like 2021. The story of how Covid-19, subsequent lockdowns and the eventual easing of restrictions successively impacted talent acquisition will surely become the stuff of legend for future generations of consultants. Three decades from now, veteran recruiters will no doubt reminisce about these strange times as they endeavour to educate and inspire new recruits.

For a few months now, our data has shown that demand for talent has risen sharply, essentially creating a ‘famine to feast’ scenario for recruiters on the ground. This exponential growth was underlined earlier this month by figures from the Office for National Statistics, which show that the number of open job vacancies across the UK topped one million for the first time ever in July.

The professional recruitment market, in particular, has continued to perform exceptionally well with huge increases in year-on-year vacancy and placement figures. APSCo’s latest data, provided by growth analytics experts, cube19, reveals that permanent and contract vacancies in the UK both once again show marked increases, rising by 43% and 53% respectively during the month of July.

The Holiday Effect. Traditionally, hiring slows during the summer months before rebounding after September as decision makers and candidates alike enjoy well deserved summer breaks. We see a similar pattern over the Christmas period. However, this year, hiring has remained steady despite the usual summer dip associated with holiday season.

While vacancies for permanent roles dipped slightly by 3% month-on-month and contract vacancies stayed the same, the daily tracking data following the 19th of July (the day when final Covid-19 restrictions were lifted), compared with the first two weeks of the month, show that all metrics either held steady or actually increased.

Investing in Talent. I wrote last month how business are scrambling to secure candidates amid ongoing talent shortages, and this is still the case today. Unsurprisingly, it seems the current market is encouraging organisations to invest heavily in talent acquisition, with our members reporting that revenue for permanent placements rose by 20% month-on-month. Revenue also held steady on the contract side. Elsewhere, ONS data shows average pay growth jumped 8.8% across the UK for the three months between April and June 2021, representing the highest rise since records began 20 years ago. This further highlights the fact that employers are willing to pay for the right people – and the professional recruitment sector is perfectly placed to assist.

As Joe McGuire, Chief Revenue Officer at cube19, highlighted in our latest report: “It’s great to see the industry continuing to perform in such a strong way, and candidate short markets are always the best place for good recruiters to earn their crust.”

Accessing Skills from Overseas. While the skills shortages we are contending with today have no doubt been caused by a perfect storm of external influences, an exodus of talent returning to the EU post-Brexit is certainly a significant factor. The Confederation of British Industry (CBI) and the British Chambers of Commerce (BCC) have both publicly called for visa reform and for more skills to be added to the government’s Shortage Occupation List to help rectify the current situation, and we at APSCo are engaging with government behind the scenes to ensure that the voice of our sector is heard at the highest levels.

We are lobbying government to provide a new entry route in the points-based immigration system to allow high-value independent professionals to work in the UK on a project-by-project basis. We are, however, pleased that the return to in-person Right to Work checks has been delayed until next year following calls from industry representatives including APSCo. We hope that the success of the digital processes over the last 18 months leads to a more appropriate and modern method of managing Right to Work checks in the future, and we will continue to lobby for appropriate changes to RTW checks while the Home Office is considering more permanent amendments.

As the UK economy continues to bounce back in 2021, the professional recruitment sector clearly has a major part to play in our continued road to recovery. However, as the summer holidays come to a close, the coming months will paint a much clearer picture of the future for recruitment as we learn to live with the impact of the pandemic.