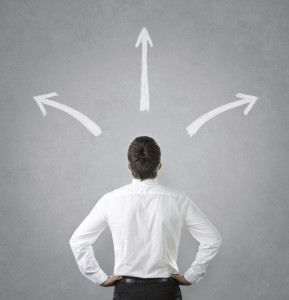 It used to be that any company, no matter the size, made it a point to never get involved in anything remotely related to politics. Siding with particular parties, supporting certain groups, or promoting a cause was nowhere to be found in the company handbook. It was considered harmful to the business and brand perception and took focus away from the products and services that they provided. If they made contributions to political campaigns or parties, it was important to make sure that all sides got equal amounts. That way, there could never be an argument that the company supported one side over the other.

The Tide Begins to Turn

But sometime in the mid-’80s, things took a turn. The corporate social responsibility movement began to take shape. Companies began to consider how their businesses were being viewed by the public and their customers. They were also being challenged by those same audiences to be more aware of their impact on society. While companies’ politics were not necessarily being directly challenged, the fact that customers were becoming accustomed to pushing back against corporations opened the door to an entirely new type of relationship between businesses and their customers.

This has led us to where we find ourselves today. Society has become considerably more politically polarized, and as a result, we find many companies taking on the role of activist. In some cases, it has worked out well, but in other cases, it has backfired. According to the 2018 Edelman Earned Brand Study, 64% of consumers worldwide will make their purchasing decision based on a brand’s social or political position. The study also concluded that the majority of the 8,000 people who were interviewed believe that brands have more power to both address and solve social issues than the government.

Another study, this time by the American Association of Advertising Agencies, found that 58% of consumers disliked marketers (and companies) taking political positions. A month after this report was released, the American Marketing Association took a similar stance and said that companies getting involved in politics may help strengthen brand loyalty among those consumers who share the company’s position, but at the same time it will only serve to limit or stifle growth beyond core consumers.

But I Want to Take A Stand!

If you want to jump into the fray of political activism, I would offer three cautions.

Know your audience. Do you really understand their collective viewpoint on political subjects? Does the political issue you intend to embrace support or conflict with your brand? How emotionally charged is the issue you wish to support? It is imperative that you consider your customers’ collective viewpoints as best you can before taking on a political cause.

Consider potential outcomes. Once you have considered your audience, you can usually begin to determine what their reaction might be to the statement you wish to make. This effort must go beyond predicting the most likely outcome and include a thorough look at what some other reactions might be.

Prepare your next moves. You have considered your audience and attempted to identify the most likely reactions. Your final step is to prepare action plans for each outcome you have considered. If the reaction is positive, you should be ready to quickly support your position. If, on the other hand, it trends negatively, are you prepared to either ride it out, alter your position, or abandon it completely?

The bottom line is this: it’s a new world with new consumers. The past year of the pandemic has caused significant changes in the business world. Clearly, politics and business are here to stay. Every company must decide how to engage or whether to engage. The decision must be made very carefully because it is often difficult, if not impossible, to undo the damage to a brand once it has been done.